I recently read an article by Diane Weber Bederman  in the Feb. 11th edition of the Huffington Post http://www.huffingtonpost.ca/diane-bederman/mental-illness-bell-talk_b_2581626.html, and  I have to say, I'm a little disheartened by the cynicism and skeptical posts in reply to the article. Bederman proposes we need to "take the "mental" out of mental illness", because of its negative connotation with which I agree to a large extent. Many readers, not all, basically said such an act is not only propagating a "political correctness" agenda and further limiting our freedom of expression (never mind the rights of the mentally ill to  treated like second class citizens), but it is an act of redundancy as the old connotation will simply reattach itself to the new "politically correct" terms or phrases. Pretty defeatist thinking...nope, nothing's going to change so why bother trying, right? So as someone with a "neurotransmitter disorder" or a "brain illness" or "a serotonin deficiency", I would like to comment further than was permitted in my 250 word reply to the article.

"Political correctness", to many, is perceived as limiting what we can say, but to me, it is more focused on thinking about the words we choose, being "diplomatic" if you will, so it's not about decreasing our vocabulary as much as it is about increasing it.  It also reflects an attempt to create a more inclusive ideology and society. Language plays a profound but overlooked role in the source of the stigma of mental illness. The very words chosen has created an "us" and "them" mentality. Why do we need to differentiate between mental illness and physical illness? Both are illnesses, both occur in the body, but for some reason, someone found it necessary to separate the two implying they are not equal or not the same, therefore we are not the same as everyone else, us and them.

As society changes, so does the English language. We don't speak the same English spoken during Elizabethan times, society has supposedly evolved, different living and working conditions, different values, and an exponentially increased knowledge base. The negative connotation of certain words and phrases that are age old do need to be replaced, updated to better reflect society's current values. We don't call women "wenches" in this day,  it would be disrespectful and chauvinistic. "Work houses", a phrase common in the 19th century, is never heard anymore because they don't exist, in North America at least. Thousands of words have been added to the English lexicon and thousands removed. It's not violating free speech, it's linguistics, it's what's been happening to our language long before someone coined the phrase "politically correct", and it will continue to happen for years to come.

One commentator stated  "the new words will simply take on the old negative connotation" and someone else said that "mentally retarded was originally meant to be sensitive and politically correct too" Really??
.... I mean, really? The idea that the stigma will simply reattach itself to whatever new words or phrases are chosen totally dismisses the very reason for such a revision is that the awareness that comes with such a change is exactly what will help reduce the stigma. "Mentally retarded" was meant to be politically correct? I'm not even going to dignify that with a response especially considering politically correct didn't even exist when that offensive phrase was created, but again, the phrase is an indication of society's awareness at that time.

Language, or more specifically, communication could be said to be the crux of many of our social ills, and might I add, it's the responsibility of the speaker to be clear and effective. How many times have you been told "you're not listening" when you were, but the other person wasn't making any sense? We think because we open our mouths and words come out that we know how to communicate. Not so. We all know how damaging a poor choice of words can be, and you can't magically put those words make into your mouth and pretend they were never spoken. Words are power, and we can wield that power by choosing our words carefully in order to promote change, awareness, positive communication, or we can be irresponsible and say whatever we want because "it's a free world." The larger our vocabulary, the more precise our communication. To all those who fear political correctness as a governmental conspiracy to limit and eventual remove our freedom of speech, it's not a law, it's a choice. Do you want a divisive society or an inclusive one? So if political correctness forces us to re-evaluate the effectiveness of our communication, if it helps us to be more aware of the connotation and meaning of our words and their impact on specific groups of people, then I'm all for it! The stigma we face is founded in the very words chosen to describe our problem, "mentally ill", change the words and possibly eliminate or at the very least, reduce the stigma? It's damn well worth a try!

Do the stuff people say you shouldn't. Do the stuff that seems impossible, silly, difficult, immature, irrelevant. We can creat... 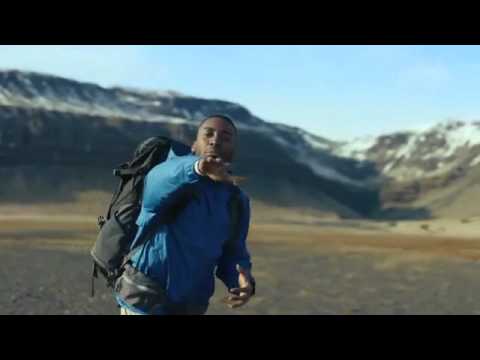 "Normal is an illusion. What is normal for the spider is chaos for the fly."